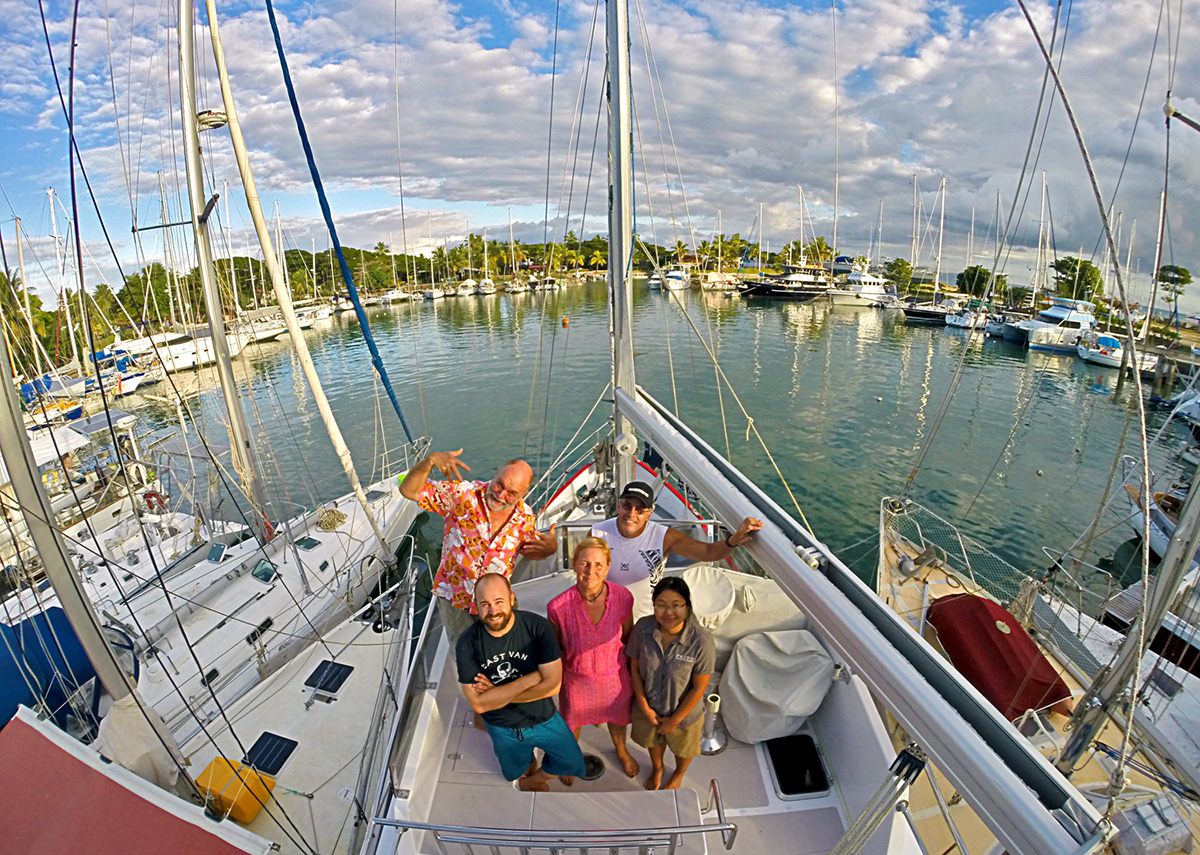 The best laid plans of mice and men often change.

I have been living with that philosophy all my life and it’s very true for everything associated with Bluetreasure operations.

We just had one such major shift last night. Our entire team for the season was set, but now we are looking for two fun people who would like to live on Nomuka IKI as Blue Base camp leaders. The whales will be right off the beach with the time slot late August to end of October. You don’t need to be a diver, will never regret it and it only costs $50 a day for everything. All you need is a sense of fun to join the team. There are also two spots now for Blue Base divers $57 a day for the 10 weeks. Come join the fun and grab a special bit of life!

The crew on ICE are plodding away at the jobs and loading up. Weather is now on the agenda as the South East trades have settled in and headwinds are no fun on the way to Tonga. Every week to 10 days it swings for about three days through north and if we set off then, we have a fun run! If we get it wrong we enjoy the pilot house view from inside just a little longer, but we are all keen now to hit the road.

Tom has flashed up the new camera gear, so this season Annette will be posting regular ‘fun’ video clips on our YouTube channel and Facebook. This process of prepping ICE to head to Tonga is all too familiar. Fortunately, it is pretty simple and the reality is that it is also fun being amongst all the other cruising boats as they come and go. Plenty arriving now from New Zealand as the season begins. Half price pizza night is like a religion for all on Tuesday nights over at the sunset bar! It is cooler too, a hint of things to come.

Our Automatic Emergency Defibrillator (AED) is back on standby again with new batteries and chest pads. It was a sad story but a family we met when we arrived here at the end of last season lost their father. Rather than leave the AED locked inside ICE for the summer, I gave it to the office here on the marina, just in case. About four weeks after we left the boat, the chap had a heart attack. Within minutes, the AED was rushed to him and three times they managed to ‘bring him back’. Unfortunately he died on the way to hospital 30 minutes later. One of those things you never hope to use but nice to know you have!

Lots of new dive gear on board this year including FOUR underwater scooters. Looks like there may be some races happening?? Annette has some fancy new kit and Brownie just had to bring some impressive looking fishing gear (as if we did not have enough). But hopefully now he will stop blaming the loss of all his fish on my gear! Annette just wants to eat fish and Jane has been going to cooking classes here on the marina every week. Yet, still refuses to cook Brownie her awesome custard every night. One night he had to cook his own! Watch the photos over coming weeks on Facebook as he grows!

Tom has had some BIG nights out and his ‘roomy’ Brownie, declared for the first time the other morning that he had detected the Big Brown Bear on board again from last season. Funny as we thought we lost him? The next night was OK cos Tom got home early (well early in the morning!). Annette still has her supply of ear plugs. Things are shaping up just fine and everyone is smiling.