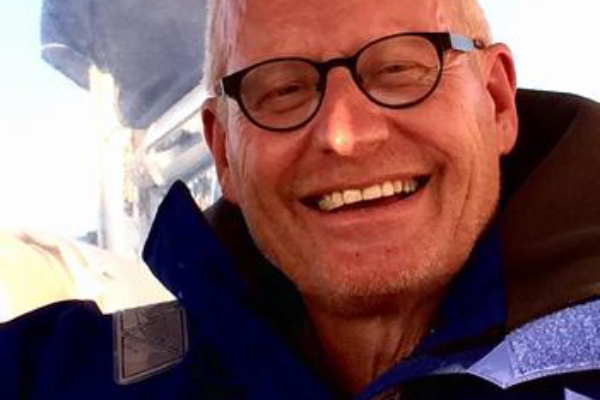 There is just one Golden Globe Race entry not yet claimed.

In just a few short weeks, 24 unique sailors have thrown their hat in the ring for something special! They will be part of history and re-live what was the birth of solo around-the-world yacht racing in a way that has not been seen in nearly 50 years. Can they actually do this? Will the sailors be able to keep their boats and themselves together for that long, without the use of things most now consider vital kit?

The answers will surely come, but now it is a waiting game. It is just under three years from the start in Falmouth. The race to the start however is ON! The action and the stories of grit and determination have now begun! Who amongst these initial provisional entries will actually get boats and make it to the start? Some need sponsors while for others it would be nice, though not necessary. The purists will shun them as this is the holy grail of sailing. This is the way for these adventurous voyagers now racing heavy little boats for the start. They set their own course and let destiny decide.

Global coverage for the race has been massive, yet each day more sailors for the first time are finding out about this real solo race around the world. Some cannot sleep! The pull is irresistible. What can they do? A dream is born and now we are nearly full. The path is clear for those with passion and commitment to do this. They must now join the wait list. There will only be a maximum of 15 on this list. It is the last chance and as the founder of this Golden Globe Race, I know some of the current provisional entries may not start. That is the way with history for any great endeavour such as this. When one drops, there is a chance for another to join.

Five special invitations are yet to be offered. They can go to any sailor at any time and toward the end, those who are still hanging in on the wait list will be remembered. We may eventually farewell a fleet of 30 sailors slipping out from Falmouth. So the dream is still alive for those who see themselves part of this. The first ten on the list should prepare well, meet the deadlines and be careful what they wish for. The start is far from impossible.

In the months ahead we will bring you stories from the Golden Globe Race family, as they follow an unstoppable path to Falmouth. There are sure to be interesting events.

Mine came a few weeks ago on the day I flew into Sydney from Tonga to spend three days on my GGR boat. I reached down ready to lift a big heavy thing and ‘POP POP’! I dropped it as my left bicep shot up to my shoulder. I had just ripped the muscle from the bone damaging tissue, with all lower tendons snapping with a bang. I was stunned. Not a good look.

A quick check on the internet confirmed my worst fears. It would be tricky surgery, four weeks of doing nothing, four months of basic recovery and maybe 12 before I was back to normal. Doctors , scans, specialists, cancelled flights, operation, overnight hospital and then back to the boat to recover. Everyone was a bit shocked, including me, as it is my first ever personal injury in 50 years (maybe I am getting old?).

Just days later, Shane Freeman, another Australian entrant who also has a new Tradewind 35 for the GGR, was sailing it home from Brisbane to Melbourne. Half way he dislocated his shoulder while 35 miles offshore! He made the nearest port and decided to fix it properly under the knife. It was the second time in six months and the fourth time in two years it had happened (maybe he is getting old too?!).

For both of us, short-handed sailing has taken on a new meaning! We will both be on the start line!