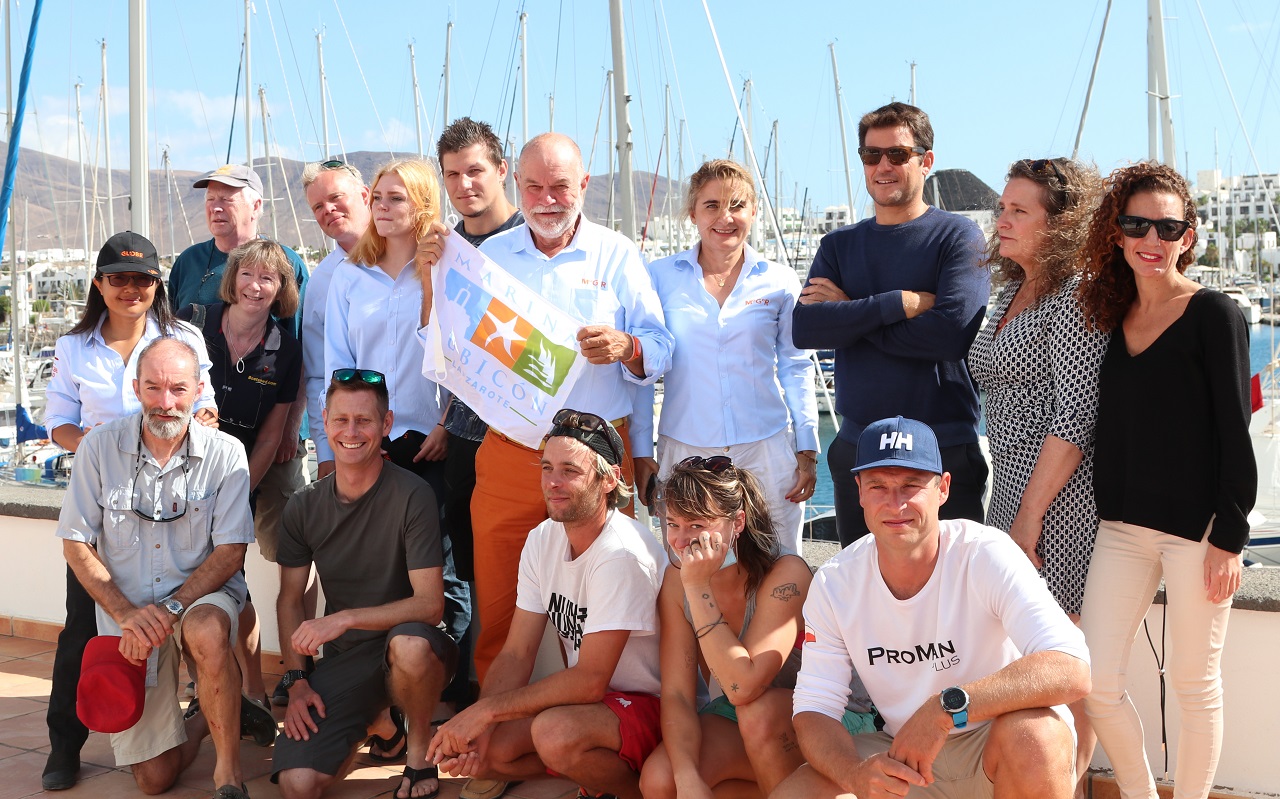 Due to a weak weather forecast for the scheduled start on November 18th, the race director and the five remaining entrants of the inaugural Globe 5.80 Transat agreed to move the start date forward to Wednesday 17 November at 10:00 am UTC.

The guys look very organised and are very eager to finally set off across the Atlantic. With days of forecast calm weather approaching, all agreed we must leave Rubicon Marina as soon as possible to get south and hopefully reach the trade winds much sooner.

With a daily average between 120 to 140 nautical miles with the right conditions, the sailors expect a crossing time between 3 to 4 weeks, arriving in the Caribbean with time to spare before Christmas on the sandy beaches of Antigua.

It’s a testament of the sailors’ will to get going, the boat’s design, and the technical choices made. The boats and crews resisted well to the testing conditions of the first leg, needed no repairs and little preparation so let’s go!

25 year old Swiss entrant Severin Hummer, youngest in the fleet, has decided not to continue with the 3000nm second leg, after building his 5.80 in one year and valiantly completing the qualifier from Lagos to Lanzarote, his first real solo ocean passage.

I love my 5.80 and she sails well, but at the moment a 3000 mile passage feels a little daunting so I will sit this one out and follow my gut feeling.

Etienne, the first leg winner, is a long-distance sailor having cruised the Pacific single-handed over three years but not a racer; Michal is an extreme sport athlete, making up the lack of offshore mileage with his competitor instinct and experience; and Peter, an enthusiast who sailed a classic wooden boat around the UK, surprised everyone by sticking with the two leaders despite his lack of mileage on the 580.

Offshore and ocean racers with a lot of miles under the keel, experienced solo-sailors Jim and Don haven’t had a chance to measure up against the youngsters yet, due to their late start from Lagos.

In the end however, all are in for the experience. As Jim puts it: ‘it’s a two part experience in my bucket list: build the boat first, and then cross an ocean on it’. A spirit shared by the race sponsor Boatshed.com CEO Neil Chapman: ‘The boat is simple; it is safe and accessible to everyone. This is also what makes this class of builder-sailors a gallery of endearing characters, and kindred adventurous spirits’.