"Why dream of it and never do it. This is a challenge that has been created to achieve that dream."

I was first exposed to the inaugural 1982 BOC Challenge Around Alone Race during the Sydney stopover, working on Aries wind vanes used by competitors.

I spent time with them all. We laughed together and I heard their stories. I met my boyhood champion, Robin Knox-Johnston and was hooked. I decided to compete in the 1986 event, but with a part-built boat, I ran out of time, so had to be content in the role of Sydney BOC Race Chairman that year.

Competing in the 1990-91 BOC Challenge was one of the highlights in my life. On reflection, I always considered myself lucky as, in my opinion, it was the last of the ‘adventure events’. Each future race became increasingly performance orientated, sailed by elite sportsmen and women in ever more extreme yachts, focused on winning at all costs. Nothing wrong with that. In fact it was and still is incredibly exciting, but it was simply a lot more of an adventure in 1990.

My dream to sail solo around the world was borne of inspiration gained while following the solo voyages of Francis Chichester, Robin Knox-Johnston and Bernard Moitessier, and reading about Chay Blyth, Blondie Hasler and others from the ‘Golden Age’ of solo sailing. That was an exciting period!

In 2008, I saw Sir Robin Knox-Johnston speaking on the occasion of the 40th Anniversary of his record setting 1968 non-stop circumnavigation. Referring to the current space-age building materials, high tech satellite systems and computers supporting today’s solo sailors, he simply said (by comparison to his own experience back then) ‘This takes the spice out of it!’.

Well the 2018 Golden Globe Race very definitely puts the spice back into it and by world standards, offers a very unique and demanding challenge to any sailor who’s up for it.

That same year, Robin was asked: ‘What would you say to sailors thinking of circumnavigating?’ His response: ‘My advice to them would be quite simply this. If you’ve got the idea, and you want to do it, then do it. Don’t let ANYTHING get in the way. Far too many people sit in yacht clubs talking about it but then never do it. DO IT! You’ll never regret it.’ He’s right of course. Over the years I have personally supported many young solo sailors, men and women, to achieve their dreams. I hope this event will let many more and maybe you achieve yours! I look forward to meeting you at the start. 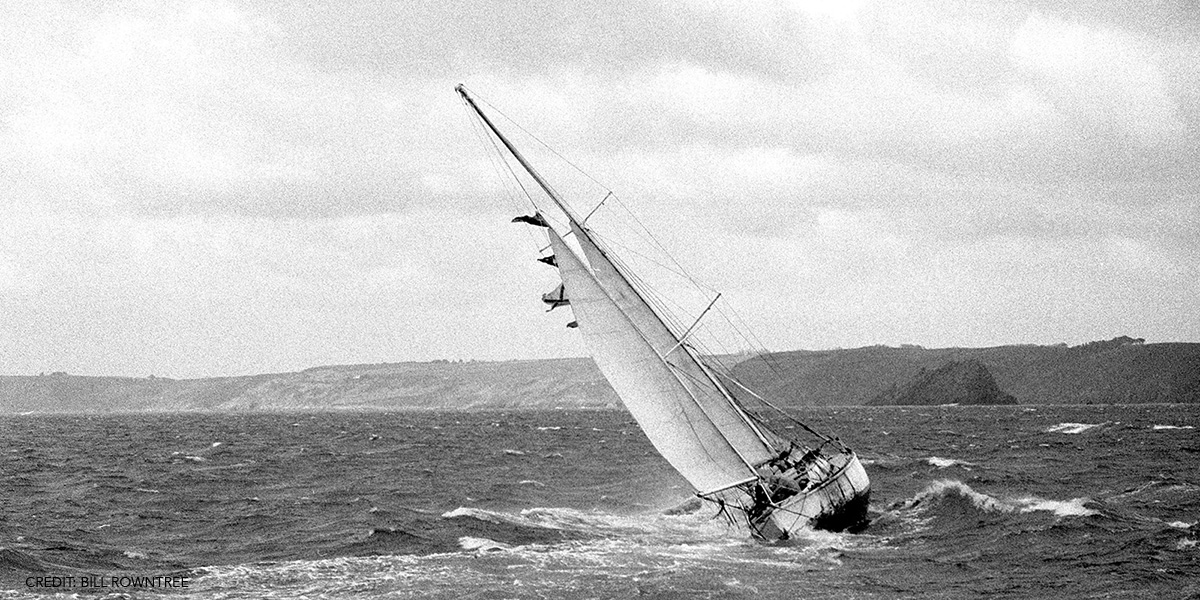