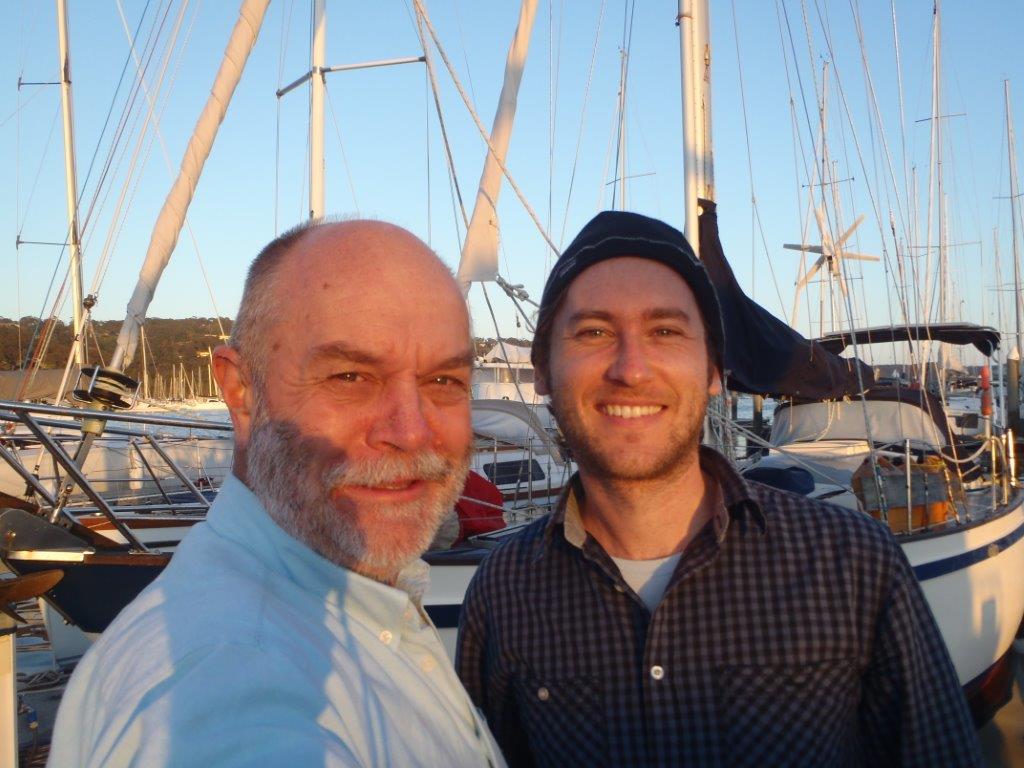 After buying off the website unseen and constantly looking then looking again at all the pictures, I finally made it onto ‘Betty’ for two days in Sydney last weekend.

She had been sitting on a mooring for about eight months and the prop was a barnacle ball, so we could not motor. I sailed off the mooring (well tried) but the light winds and the forest of 15cm weed on the hull (discovered later) did not provide much forward motion. So the guys from DBY Brokerage came to assist again!

I was impressed to discover in all the paperwork on board that she is indeed a special ‘Tradewind 35’. The designer/builder built her for himself, so while they are all excellent boats, this one is even tougher. He did ‘extra’ strengthening in the stem, waterline, all bulkheads, stringers and hull deck joint! Not to mention a superb fit-out.

Checking inside lockers and under the cabin sole brought nothing but wow! She has a fantastic, solid feel and gives you confidence walking the decks. She’s meant to sail! So I feel good about sending her around the world, probably more than once! My estimate of the work program to get her ready for the ‘Voyage of Imagination’ is about right, but she could probably go just as she is. Plenty of planning and preparation yet, before we can get into the execution though.

I managed to catch up with friends (including one potential crew applicant) and have some great meetings with the team at the Royal Prince Alfred Yacht Club where I will be talking on October 10th at lunch. This function/lunch is actually open to the public if you wanted to go. Just call the club and money raised will assist their integrated disabled sailing program. I will be chatting about adventure and VOI.

Interest is building in the project and while I have been too busy to approach any sponsors yet, we have our first official ‘partner’ – MUSTO! They are a long-time supporter of mine and the best wet weather gear in the world, bar none! I have been wearing it since 1984! The chosen crew are going to be in good hands there!

My mate Nick Jaffe sailed his Contessa 26 ‘Constellation’ from Europe to Melbourne a few years ago on a grand little adventure (www.nickjaffe.com.au). He was up in Sydney selling his current 10m yacht, recently sailed across the Pacific from America, so we hooked up! He is now one of the team helping VOI and we both spent the first night on board ‘Betty’ talking boats and ideas!

I could have spent a week on board, sorting things for a proper chance to go sailing, but time was against me. I smashed the barnacles and my knuckles on the prop with a galley knife and was able to motor back to the mooring, then headed to Tonga. Checking emails the next day wowow!! our first applicant for VOI.

At least one person thinks it is a good idea!!

My list of jobs continues to grow, and the clock is ticking, but it is all fun!