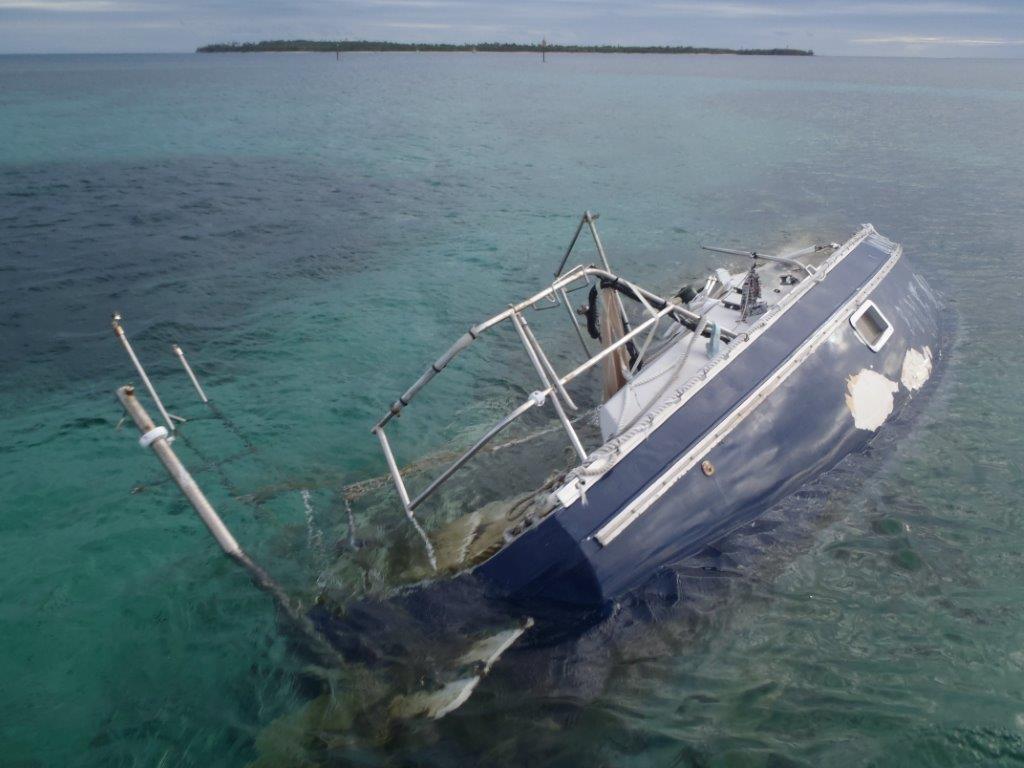 It was a quick week up to Nomuka IKI. In the short time we were there, we caught up with friends, dived one of the wrecks, attended a HUGE traditional Tongan feast for 350 people in celebration of the opening of a new church (with six pigs on our table for 30 people), sorted all our Blue Base gear ready for next season, tested new gear, surveyed a new site for Blue Base on Nomuka IKI (which is even more attractive) and discussed future plans with the locals. It was so good to be back and now we are excited about prospects for next season.

We were saddened to find a submerged 10m yacht in Nomuka harbour. It was found adrift and dis-masted with all the stanchions on the starboard side pushed in and obvious collision marks on the hull. The solo skipper was missing and is now presumed dead. This could have been the result of a collision with a ship. It was towed into the harbour while investigations were underway, but unfortunately the auto bilge pumps were not working and a slow leak eventually filled her and she sunk. It is a sad sight and I wondered about the events that started this sad tale every time we went past in our dingy.

Nomuka is running very low for drinking water and we were asked by the Nomuka community committee to consider running our Blue Base desalinator 24 hours a day while we were there. We agreed we would if it helped and we could establish the right spot to set it up. Fortunately it started to rain and the island now hopes to set up their own much bigger desalinator unit in early December.

On the way back to Nuku Alofa we hooked four BIG Mahi Mahi, but only landed two and another big king fish. We lost a few lures, snapped one line on a monster, but ate well that night after a big day!

We have one week to check the Mag, get IKI running and pack everything before setting off to Fiji end of this month. Already we have crew applying for next season. If you are up for something different give us a call.