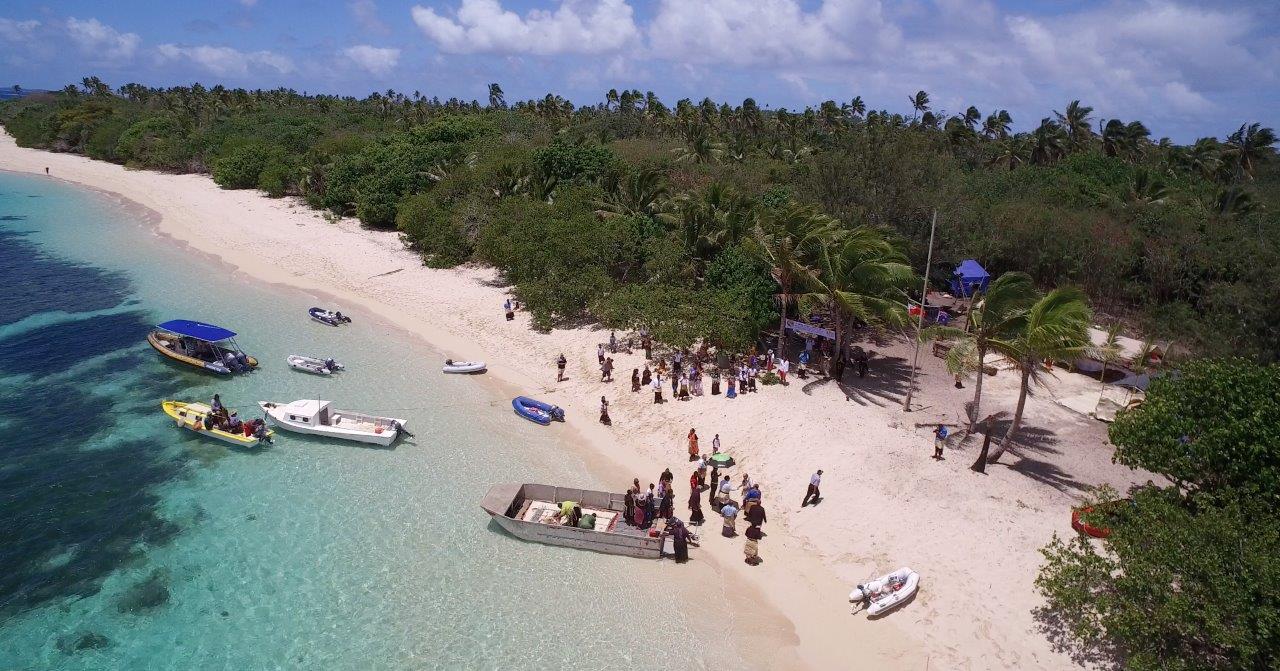 Fate and luck can easily change your life!

A simple random thing like stopping to pick up 5 cents on the ground while walking in the street may let your IPhone slip from your shirt pocket and smash. You go to buy a new one and meet a girl behind the counter who eventually becomes your wife. Well fate just delivered something to me.

The first ever book I voluntarily read cover to cover was as an impressionable 1st year high school student. It was called An Island to One’s Self by Tom Neal, a New Zealander who packed his few meagre possessions and went to live out the remaining years of his interesting life on the uninhabited Suvarov Atoll in the Pacific.

It was like a dream reading of his adventures dealing with nature in a tropical paradise and truly living. I did not realise the impact that book would have on my wanderlust for life until about 30 years later having lived a year of isolation in Antarctica.

We all face challenges in life and sometimes the biggest is trying to give it direction and take control of where we want to be and how we want to live. My entire life has focused on the oceans and adventure.

When people ask where is my home, I sometimes stare blankly into space. I have a house in Tassie I hardly see, I keep an apartment in China I am rarely in and I can’t say ‘a ship in Antarctica’, but that is where I have lived for the past 23 summers. I suppose I have to say, ‘my boat ICE’, where I spend seven months a year mostly playing in the Kingdom of Tonga each winter.

That recurring dream of living on my own tropical island is rarely far away. Never more so than while I play on some of the most spectacular islands in the Pacific found in the Ha’Apai group in Tonga. They are literally picture perfect.

One of these uninhabited Islands is called Nomuka IKI. It is about one nautical mile long and just under half a mile wide and ringed by 4.8km of pristine beaches. One mile to the north lies the much larger island of Nomuka with its 600 strong community. Both islands are rich in history and culture.

In 1807, 50 giant (36m) Vaka sailing canoes from Lifuka, 40 miles to the north, arrived at Nomuka. They prepared for the invasion of the main island of Tongatapu, 60 miles south. Other sailing canoes arrived over the next few days anchoring off Nomuka IKI creating a combined force of around 170 sailing canoes, manned by 5000 warriors and 1500 women. They then sailed south into battle and a courageous bloody victory that would change the Kingdom of Tonga forever and create the current lineage of kings.

Nomuka is the place European navigators and explorers always came, including Captain Cook on his last two circumnavigations, William Bligh in HMS Bounty on the last day before the mutiny and the Spanish, who were the first to discover Tonga. Captain Cook named all of Tonga ‘The Friendly Islands’ while on Noumka, when in fact they were close to killing him and all his men to take his ship. The active volcanic island of Tofua where Bligh headed after the mutiny is just 35 miles northwest.

No one lives on Nomuka IKI. It is traditionally owned by whomever is the current Crown Prince, until he becomes king when it passes to his son.

The current Crown Prince, His Royal Highness Tupouto’a ‘Ulukalala has been supporting my efforts to recover, conserve and protect aspects of Tonga’s vast maritime history since 2012. A small team of volunteer divers join me each season and we work with locals under a government permit hunting ship wrecks. In 2013, we established our Blue Base camp on Nomuka IKI and fell in love. It is an island paradise. It became the perfect logistic base to survey wreck sites close by.

A few weeks ago while meeting with HRH to update him on plans, I made a spur of the moment, half fun, off the cuff comment about forming a yacht club on the island and entering my 2018 Golden Globe Race solo around the world entry from it. It would help to promote Nomuka. He lit up! He is passionate in support of the Nomuka community. We chatted and I agreed to come back with a plan in two weeks.

So many ideas have been flowing in the back of my mind for the past five years, so I threw them all in and returned two weeks later with my entire team. This had the potential to be a defining moment in my life. Yes I was nervous with anticipation. The Crown Prince is a softly spoken giant of a man that on the few occasions we have met, has greatly impressed me by his humble nature. He said YES!

Crikey, I was a bit shell shocked and truly excited. My team all agreed it was a great plan and Tongans who had seen it felt the same. So what am I up to now? Let’s just call it a retirement project that will carry me right through till twilight when I may finally meet the horizon. I have AN ISLAND TO MYSELF! BUT I plan to share it.

My new home is Nomuka IKI.

With an initial agreement for the next 25 years, I am now the Commodore of the Royal Nomuka Yacht Club, formed with Royal Assent from HRH the Crown Prince who is patron and opened in his presence on October 22nd.

Next year my Rear Commodore and project manager Paul Brown, with the help of a small team of volunteers, will build a traditional Tongan Club House. We have an ambitious plan to build up to 12 Vakas (6.5m double voyaging canoes with twin fishtail sails) in the next four years and train young Tongans (16-25) to sail and voyage in them.

There will be an annual Tonga Vaka Festival with races and in 2020 there will be the first ever Tonga Vaka Raid, a 250km adventure voyaging race through the islands open to 20 international entries.

We will establish a Marine Discovery Centre with opportunities for senior high school and junior university students to gain valuable field experience and observe humpback whales.

The McIntyre Adventure Eco Retreat will be right on the beach. It will be a life sanctuary for up to ten people to cleanse their souls. I hope to hold an annual McIntyre Adventure Conference here with special guest presenters for a ‘live in’ week of inspiration, documentaries and fun. Later there will be a Bligh Museum to recognise the significance of this place in the history of the mutiny – often overlooked.

The 2018 Golden Globe Race and the Royal Nomuka Yacht Club on my own island has changed my life forever. Sounds like fun to me!