Latest Post: Why I gave Pink Lady to Jessica Watson 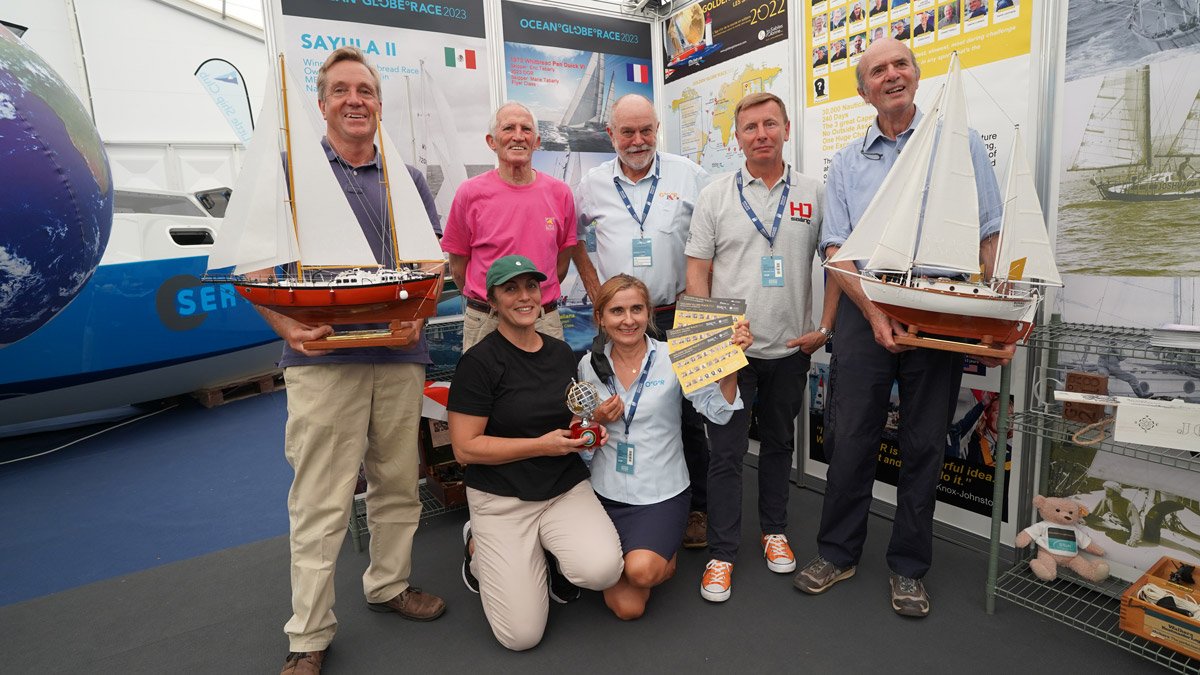 From September 10-19, McIntyre Adventure are on show in Ocean Hall 2 stand J158.

If you’d like to talk adventure sailing, all the gang are there, including a world premier of the Class Globe 5.80 on our stand. Come and inspect hull number 46 of this exciting new class of amateur-built plywood epoxy, safe, fun and affordable yachts.

We’ll be announcing news on the first McIntyre Adventure Globe 5.80 Transat starting from Lagos, Portugal on 1 November this year, as well as a rundown of the 2024 Mini Globe Race, introducing the first 12 entrants joining the adventure.

The 2022 Golden Globe Race briefing will take place on Thursday 16 September at 1400 (one year from the start on 4 September 2022) with Don McIntyre and media CEO Melissa Payne, in the company of UK entrants David Scott Cowper, Ian Herbert Jones, Simon Curwen, Guy Waites and others.