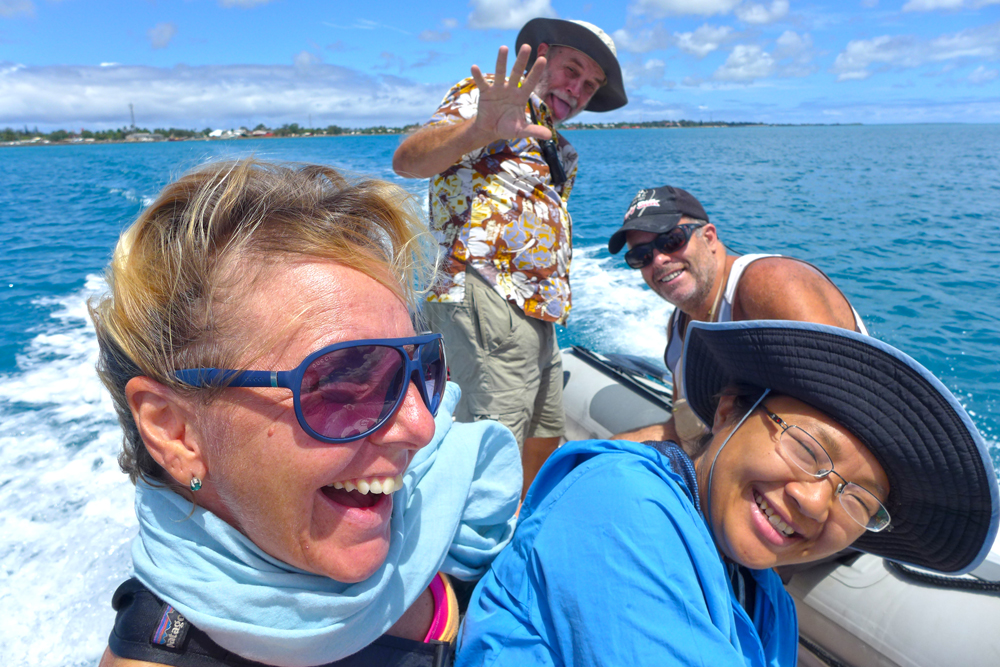 After 10 weeks away, the Mag is back from its $14,000 holiday! When we sent it out we were disappointed that we would not have it for probably two weeks! How wrong we were.

It is now packed in a huge crate with shock indicators on the box to tell if it has been mishandled. Brownie has been fitting out ‘IKI’ with all the gear and now she is ready to go, but the starter solenoid failed, so a replacement will arrive in a week from USA (along with a huge selection of engine bits, just in case!).

We have now pulled ‘IKI’ out of the water and will head to Nomuka for a week to check all our Blue Base gear for next season.

We get to catch up with Meta and Tia who live on Nomuka and kindly look after it all for us.

We will dive some of the wreck sites and follow up on a new possible lead! Then head back to Nuku Alofa.

We will then trial ‘IKI’ and the Mag again before heading to Fiji. WOW, time flies. Plenty of wind at the moment. Had to help one yacht off the harbour wall yesterday when their anchor dragged. We set a second anchor for them and used our tender as a tug and late yesterday we had to set another anchor ourselves. Four to five meter swells outside!

For the past week or so, Yau has been doing the whale thing with great success out at EUA, but now cannot get off the island as the ferry is not running due to those high seas. It will be good to change the view!