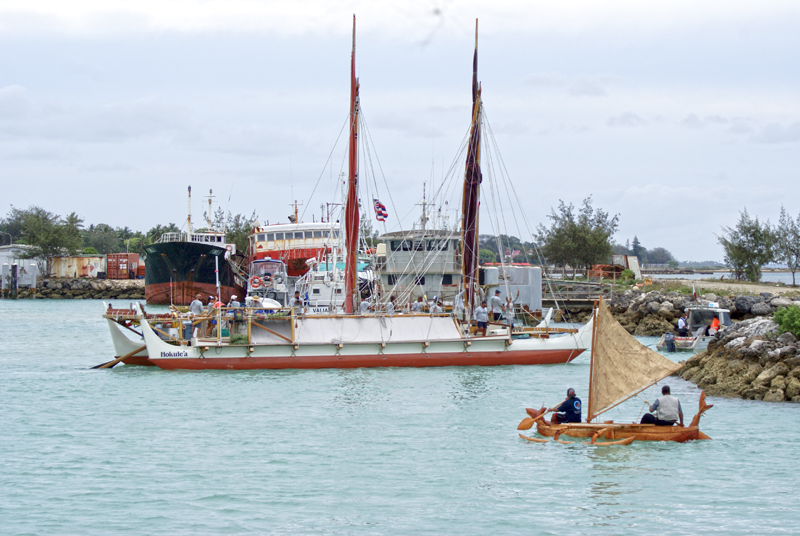 Bit of a race on to get to Fiji now. IKI is stored and packed for next season. Some urgent parts we needed from America got lost after three weeks of a seven day delivery, so we gave up waiting. After a few scares with the magnetometer not performing (box was dropped in transit and the ‘g-shock’ indicator ripped off!) we finally checked it out and all is working fine!

Yau has moved off the boat and will fly to Melbourne later next week. We have loaded up and move out today to anchor ready to sail on the weather, probably Monday 3rd, first light and should be in Fiji four days later.

Annette flies to New Zealand on the 10th, Jane and I are off to China on the 14th and Brownie is going (he has a few options) on the 17th. Busy days ahead!

Weather is looking average to OK. Would be best to leave next Wednesday, but we do not have the time… Oh well.

It has been an interesting season in so many ways, yet totally unexpected in more than one. Plans went out the window which is so often the case with adventures. We have headed in all sorts of directions in the past months and even in the last few days have finally, by the look of things, bounced into a new exciting project for Tonga in the future. It is something we have been working on since last year! Most locals here are now thinking ‘elections’ and there is sure to be some changes in Government. Heaps of yachts are turning up on their way south to NZ or west to Fiji for the cyclone season and it is getting warm now. Fiji will be HOT!

Here’s the exciting news! WE HAVE A FLYBRIDGE… wowo! For the past months it has been loaded up with cargo and no room to move. Now it is free, so there will be more than a few days spent sitting up there dreaming. It is my favourite place on ICE and the motion will be a bit better too. No heavy top weights! So Brownie is all excited about plans for returning next year. So am I. Jane is dreaming Chinese duck, cabbage and rice in a few weeks, Annette is scheming and I am hoping she may be back too. The funny story yesterday was Annette trying to buy pumpkins for here voyage meals. There were none.

Ah, yes… Halloween! I will start to get excited about another Antarctic season again once ICE is cleaned, serviced and on the hard in Vuda Marina. Heading to Vuda there is a bit like going home.

Also leaving Tonga on the next leg of a 3-year 50,000 mile voyage around the world, the sailing canoe Hōkūleʻa from Hawaii.