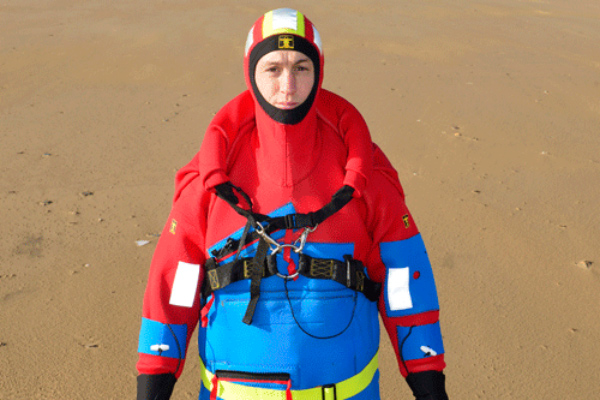 Entries are rolling in and we may have a new tagline.

Yesterday I received an email from an entrant with an interesting question and thought I would share the exchange.

Friends often ask me, ‘how big is the event going to be?’. Difficult to say at this early stage. So I just say ‘BIG’ – probably like the Vendee Globe in 2012 in terms of media return. The Donald Crowhurst Hollywood movie in 2017 will remind the world about the first Sunday Times Golden Globe Race.

We are now one of four around-the-world yacht races. The Vendee, Barcelona and VOLVO. The only other solo is the Vendee. These races are huge and focus on delivering an online spectacle with great success, but ask yourself who is watching. Sailors for sure, but are these races losing some general NEWS appeal? The Velux 5 Oceans and Global Ocean Race may be gone because of this. Sailors are today only watching the biggest and best events. The Golden Globe Race stands out as different against them all! This is a BIG thing.

This ‘general news’ is an area of significant interest to sponsors and media. The Golden Globe Race is all about basic human endeavour, challenge, facing adversity with courage and stamina. It is a simple challenge that goes back to the essence of who we are as people. It is about the person, before the glamour of fast boats and high tech. The general public can relate to this pure, simple adventure. This is a colourful story with real characters. The Golden Globe Race will be seen often in general news, not just the sporting or sailing pages. It will not be small!

We will have the boating media too. They have strongly declared this race as delivering something that has been lost in ocean racing over the years. This is ‘THE REAL SOLO RACE’. They see it as something big, whose time has come. With so many diverse international entries, our reach to global media will be high. That is not small!

The fleet will be strong. We will have between 20-25 starters, maybe more. Sailing spectators may soon ask, ‘which is the greater challenge – Vendee or the Golden Globe?’. The Golden Globe demands as much courage, skill and even greater endurance than the Vendee, but they will decide. This race delivers just as much, over a longer time, but in a different way. Sailors and the world have not seen anything like this since 1968. Is this small?

Only the two-handed Barcelona World Race will run for three months during the Golden Globe Race. This is good news, as media will compare and look to both. We will all be around Cape Horn at a similar time. Yes our ‘little snails’ will see technology fly past, pilots waving and the world will watch in awe, at us!

On June 14 2016, the new image for the race and website will be launched with exciting new developments. Maybe then people will feel this event and how it will be. But today, it is only a few weeks from the launch and still three years from the start. For less than half the cost of a Vendee entry, the Golden Globe Race title sponsor will partner a global adventure that can reach places no other yacht race has ever been. The world will know the Golden Globe Race.

Latest updates to the Pre-Notice of Race

All entrants should seek approval of the preferred life raft before purchasing it. Approvals will only be considered once all relevant information and documentation is provided by the entrant. The life raft must be serviced within two months of the race start regardless of manufacturers recommendations.

Racing solo around the world in the Golden Globe Race creates some unique risks, that require special equipment to minimise those risks. In the Golden Globe Race Pre-Notice Of Race (5.1.5. Special equipment regulations: Personal Equipment T5), an approved cold-water immersion survival suit that allows the wearer to have working mobility and clip on with a safety line and secure a PLB is required. These will be approved on application by the race committee.

Since Guy Cotten introduced their TPS (Thermal Protection Survival) suit in the early 90’s, they claim to have the increased survival rate of offshore solo skippers. On the Vendee Globe alone, the likes of Raphael Dinelli, Thierry Dubois, Jean le Cam and Alex Thomson have all been kept alive in freezing waters while awaiting rescue, hence the reason why 17 out of the 20 skippers in this past edition were carrying TPS suits.