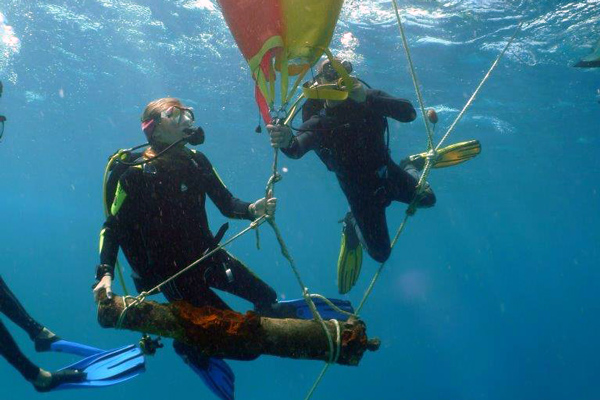 Plans are just that. You have to have them, but you need to be smart enough to keep them flexible. As they say in the classics, everything is fluid when it comes to life!

OF MICE AND MEN

That was a caption on an article I wrote some years ago. Plans are just that. You have to have them, but you need to be smart enough to keep them flexible. As they say in the classics, everything is fluid when it comes to life!

Plenty has happened in the eight months since my last blog. Been way too busy to get philosophical and write opinions. I have just one that is headed up by the premise that the world looks a bit mixed up right now! No solutions from me, so the best thing I can do is stay focused on promoting adventure. People who get into it, especially the young, usually develop positive characteristics that the world needs in large doses. Politics… just maybe we should try a radical change, because more of the same from either party (America and Australia) will not fix anything? Religion… well let’s not go there cause I am NOT politically correct and an individual’s sexual bias and freedoms are part of life itself.

All around me the clock just keeps ticking. My mobile office did another two months in Antarctica deep south into the Ross Sea during -30 degree adventures for the passengers under my control. I made the decision then, that for the first time in 23 years, I will not go south this summer. Simply too busy pursuing other challenges, but I will return. Antarctica is part of my life.

Our dedicated core management team of Barry, Jane, Annette and me are about to start expanding very rapidly. Things are hotting up. Certainly the work load is increasing exponentially. Exciting and delicate times are ahead with various contracts and agreement being signed! There will be 18 on the team during the race. The obscure issue is the growing interest in the who, what, how, when and where of the 2022 GGR!

Our plans on Nomuka IKI and for the Royal Nomuka Yacht Club included the obvious decision to sell ‘ICE’ our little expedition ship. The new replacement is our Lagoon 450 Catamaran EXPLORER. As I write this I am on board against the wall in Papeete French Polynesia. Yes the baguettes are fantasteeccc! We picked her up from a little atoll APATAKI, 230 miles away and our first sail here took 30 hours in 35-50kts of winds, with breaking 5-7m beam seas. Quite Impressed!

A few little jobs when we arrived in Papeete, like an EPIRB recall because of a defect and then, unbelievably, our Plastimo Transocean ISO 10-man life raft, only five years old, was condemned. The internal arch of the raft has a light and the battery had what looks like a faulty o ring. It leaked acid that destroyed the inflation tubes. Not torch batteries, a fitted item from the manufacturer Plastimo. Shocking! The raft is pristine and had we needed to used it, would not have supported any occupants. A manufacturing fault that has happened a few times before when you check online. Our service agent here confirmed that.

What are Plastimo doing? At this stage, NOTHING! Not even an investigation. 12-year warranty, forget it, so I am having to fly a new raft from New Zealand at my expense. I wonder how many sailors have these rafts? I am obligated for their safety to pursue this, notifying standards authorities worldwide. If you have one, ask your service agent for advice.

I have been working with Windfall Films on a new BBC reality TV series based around the William Bligh’s Mutiny open boat journey I sailed back in 2010. They are due to kick off filming from Tonga 1st August, so we hope to be back in Tonga with EXPLORER in the next few weeks. It is going to be an amazing show. I managed to get Chris Jacks one of our GGR entrants whom we are supporting on board this bounty boat, so keep a look out for that. It should go to air early next year around the world!

A few weeks ago we took the producers out to Tofua and Bligh’s cave where they headed after the Mutiny. Then back to Nomuka Iki on a search for alternate filming locations. Ironically while there, I speared my bare foot onto a stick that healed a few weeks later, then came back to haunt me on APATAKI. A growing abscess formed that had to be cleaned out (looking for bits deep inside) with no local anaesthetic! Not quite an amputation, but ouch! Antibiotics and it went away but is now back again! Off to hospital here in Papeete, nothing inside, so huge antibiotic bombing going on as I write! Hopping happy now.

Grass huts in paradise are a thing of the past. Everything we build on our island must now first have building plan approvals and then final inspections! It is part of the conditions for Tonga accepting cyclone relief and aid money. Building standards must be now be implemented. So all our buildings are going to be long term projects and permanent structures. They may not be as rustic, but they should, could, hopefully be there for many years. This past summer we had one cyclone come close that took sand out from the east side of the island.

It has taken a crazy amount of time to organise building plans, titles, building materials and design all the various components and systems, solar, water, toilets etc. Our container full of bits left China bound for NukuAlofa and other shipments from Australia are on their way. The challenge for now, what can we build before the next cyclone season?

We have already made the decision to delay the start on the Royal Nomuka Yacht Club building until next year. It is the biggest job and as we speak, the plans are still not approved. That will simply mean that most of our scheduled activities for Nomuka IKI are going to run 12 months behind schedule. We will not start building the Vakas until next year. We have just purchased three Optimist sailing boats in Fiji to start our junior Optimist fleet and hope to get our first Laser to Nomuka next year! Why, you may ask? Well Tonga is hosting the 2019 Pacific Games and sailing is a part of that in Lasers.  Next year is going to be a big year.

…will be imported into Tonga and put into commercial survey for Whale Sail and Diving Adventures starting in 2017. I will advertise in the months ahead to appoint a skipper and mate to operate her next year. I can then concentrate on the island. If a lifestyle change swimming with whales, diving, surfing and exploring sounds good as crew or charterer of EXPLORER, let us know.

The other big news is our proposed William Bligh Museum for the island. Yes Nomuka is where the Mutiny on the Bounty took place. Many do not realise that. Our new objective is to tell the world and get them to visit the spot! Even visit Bligh’s Cave on Tofua. We have designed an early 18th century English coastal cottage building (concrete and cyclone proof) that will house the museum. It will be built beside the Yacht Club. It will primarily focus on Bligh and the Mutiny, but will also involve Captain Cook and his two voyages to Nomuka, whaling in all its forms, Du’ Monte Du Urville, Lapérouse and William Mariner. It will also tell the amazing Tongan history associated with Nomuka and its significance to the current Royal family and the Vakas and Kalia’s that sailed from there.

Once the museum is established, on April 28th every year, we will hold a one week Bligh Festival on Nomuka IKI. We have started securing artefacts for the museum which will take many years and include items from the actual HMS Bounty and various ship models etc. The Bounty Boat I sailed in the re-enactment will also be brought to Nomuka IKI.  Plans are underway to erect a large granite obelisk on the site of the original Nomuka settlement, where Bligh and Captain Cook both landed. It is a beautiful site of real significance, now lost in time and the jungle.

Finally, our original treasure hunting plans, delayed the past two years, are now moving in a new and exciting direction. With Government approvals we can now seek investors to form a new dive team to assist us in the hunt for archaeological treasures throughout Tonga. This is an incredibly unique opportunity. We are very close to locating the lost anchors of Du Monte Du’urville and the Astrolabe and have more than a few interesting sites yet to survey. Potential leads are numerous! This is a boys own adventure opportunity to become involved in a long term project. If you are looking to partner with an exciting project, have any interest in treasure hunting, diving and island life, drop us a line.

So these are my best laid plans for now!